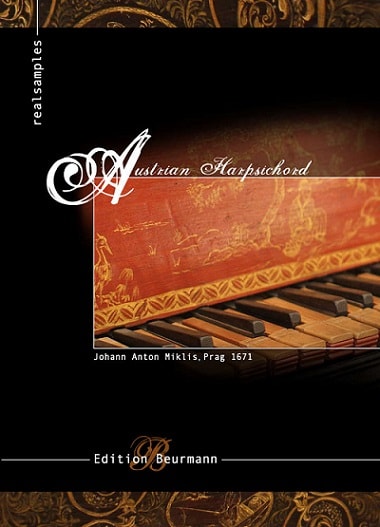 The Austrian Harpsichord library features an instrument built by Johann Anton Miklis in 1671 in Prague (which belonged to Austria back then). Offering three sounds – 8′, 4′ register and the combination of both – it show the rich and slinky texture of Austrian-built instruments which Mozart would have known.

The harpsichord still remains in well-playable condition despite its age. It is now available for your sampler, presented in its original Valotti-tuning at 392 Hz, capturing all three register variations – 8′, 4′ and both registers together. Presets at 440 Hz are also available. In its bass octave, the harpsichord does not feature a c-sharp note, as part of its design. We added “optimized” presets so it can be played regularly in the bass as well.

Like all harpsichords, the instrument is not touch-sensitive in the sense of a piano. However, not any given note will sound exactly the same twice due to different resonances of body and strings. 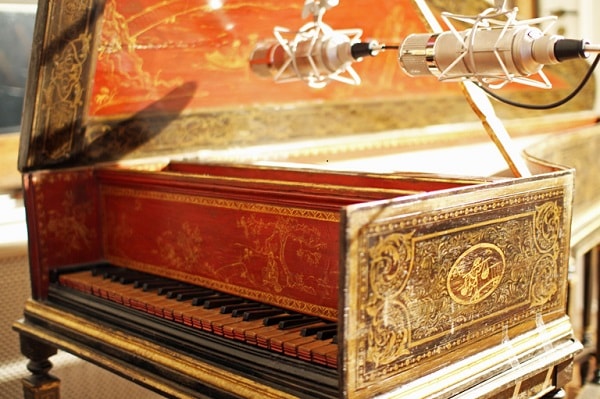 Up to now, many keyboards and samplers represented harpsichords by repeating the exact same digital sample. In order to avoid the problem, we captured the sampled registers with 8 variations (4′: 4 variations) of each note. The key release sounds are also of major importance: We recorded 4 release samples per note.