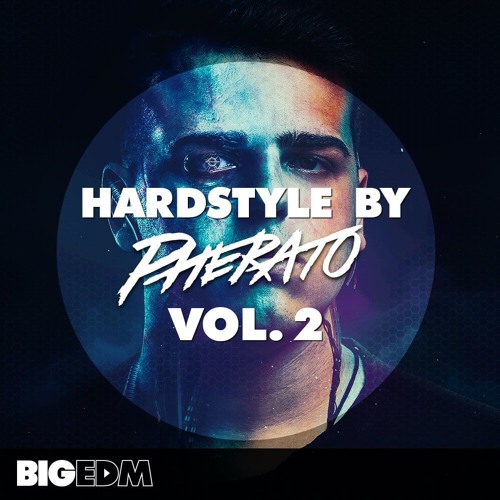 It’s time for hardstyle. There is only one way to do it. The way of Pherato. If you thought Volume 1 was off the hook, you haven’t seen anything yet. Big EDM has teamed up, once again, with the Italian hardstyle mastermind Pherato. Having collaborated with Blasco, Zatox, and Dillytek and making superior remixes for Danko & Drop, Hardwell and KSHMR just to name a few. Pherato, as a producer and as a DJ, has made a name for himself almost overnight.

Pherato has hit the studio and is opening up the doors and giving up some serious heavy hardstyle sounds. Also included are 3 kits specifically for you guys. They have been deconstructed into stems and sections that are available to you to construct a hardstyle mix that is all your own.

There is no shortage of crunchy, loud and high energy sounds to add to your library. We are talking about synth sounds can cut glass with ease, atmospheric sounds that are emotively eerie and kick sounds that take no names and offer no apologies. Every sound has its own essence of vitality fueled by adrenaline.

Aside from the obvious audio pack sounds like kick drums, snares, and cymbals, Hardstyle By Pherato Vol. 2 is also stocked with mechanic sound effects, biomechanical vocals, screeches, rings, pings and flying things. Get ready, because this epic ride is going to catapult your mix into high octane overdrive.

Get in on the hottest sounds in hardstyle. Pick up Hardstyle by Pherato Volume 2 from Big EDM today.